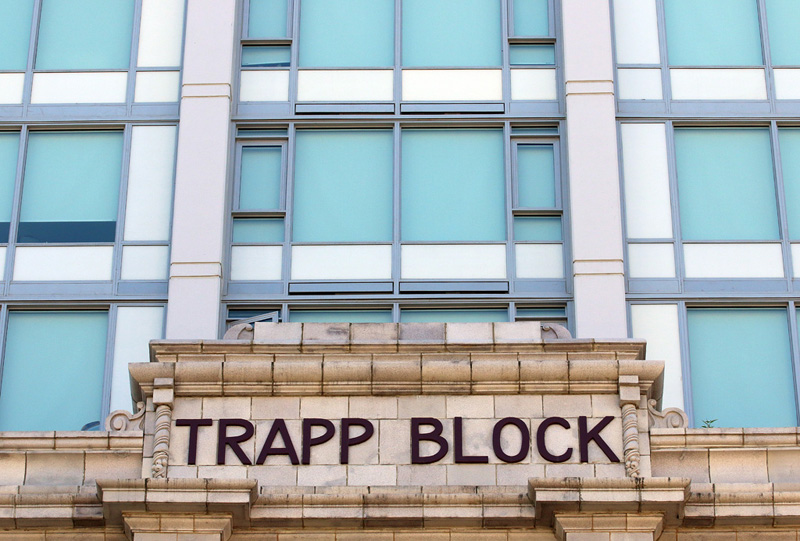 Unlike most criterium races, the New West Grand Prix won’t be an all-out sprint around a pan-flat course. In fact, each lap around the 900-metre circuit in the city’s historic Downtown includes about 20 metres of climbing! Over the course of the 60 laps the pro men are likely to race, that’s 1200 metres of elevation gain, or the equivalent of racing up Mt. Seymour!

As a result, teamwork, tactics and timing will be the tickets needed to reach the podium.

From the moment the pistol fires to start the riders from the line at Begbie Street and Columbia, teams will have to work together to ensure their leader is in the best position to tackle the first climb up Eighth Street after a hard right turn off Columbia. The short, sharp Strongside Climb to Carnarvon Street will test riders’ legs early and their resolve later in the race.

And when they reach the top, there’s no respite. Because the climbing continues for much of the length of Carnarvon Street. It’s not a steep incline, but it’s long and relentless and as the laps pile up, so will the lactic acids in the riders’ legs. This is likely where the strongest teams will be launching attacks to weaken their opponents.

So it’s a good idea if they enjoy the passing view of one of New Westminster’s most historic buildings on the right, the old Courthouse, early in the race. The imposing red Romanesque Revival building was designed in 1891 by George William Grant, a prominent local architect who was responsible for a number of buildings in the city’s Downtown before and after it was razed by a huge fire in 1898. The Courthouse was one of the buildings that succumbed to the blaze, and it was reconstructed in 1899.[/vc_column_text][vc_empty_space height=”65px”][/vc_column][/vc_row][vc_row css_animation=”” row_type=”row” use_row_as_full_screen_section=”no” type=”full_width” angled_section=”no” text_align=”left” background_image_as_pattern=”without_pattern” bg_type=”bg_color” z_index=”” bg_color_value=”#f4f4f4″][vc_column][vc_empty_space height=”45px”][vc_row_inner row_type=”row” type=”full_width” text_align=”left” css_animation=””][vc_column_inner width=”1/2″][vc_single_image image=”608″ img_size=”” qode_css_animation=””][vc_column_text]The old Courthouse on Carnarvon Street.[/vc_column_text][/vc_column_inner][vc_column_inner width=”1/2″][vc_column_text]

Just as the riders pass the old Courthouse, the road starts to roll gently downward toward Sixth Street. By then the racers will be already picking up speed as they swoop right onto the steep descent back down to Columbia Street.

[/vc_column_text][/vc_column_inner][/vc_row_inner][/vc_column][/vc_row][vc_row css_animation=”” row_type=”row” use_row_as_full_screen_section=”no” type=”full_width” angled_section=”no” text_align=”left” background_image_as_pattern=”without_pattern”][vc_column][vc_empty_space height=”20px”][vc_column_text]Just as the riders pass the old Courthouse, the road starts to roll gently downward toward Sixth Street. By then the racers will be already picking up speed as they swoop right onto the steep descent back down to Columbia Street.

They’ll likely be going too fast to even notice the two-storey McLeod Block, a brick Edwardian Classical Revival building that was constructed in 1913. The building is named after a prominent insurance man in the city, Alfred W. McLeod, who commissioned the building and housed his head office in it for many years.

As the riders set up for the high-speed right-hand turn back onto Columbia Street, they’ll pass between two more renowned structures.

The Cliff Building, on the right, was built in 1910, at the astonishing rate of one floor per week. It was designed Henry Sandham Griffith, a prominent and prolific architect who had offices in Vancouver and Victoria.

Across the street, the old Federal Building and Post Office has been repurposed as New Westminster’s police station on the first two floors, and stylish loft condos on the upper stories. The site has served a civic function since 1860, when colonial government offices were located there. Then it became a post office in 1882, and a library in 1891. After those buildings were destroyed in the Great Fire of 1898, a new federal government building and post office was constructed in 1900. The current Moderne-style building started as an addition to the rear of the post office in 1939.

Following WWII, the original post office was demolished and the rest of the updated building was completed in 1955. The building is one of the safest in the city, not just because the police are headquartered there; renovations completed in 2001 were to the highest seismic standards.

The long, gentle slope down Columbia Street will be a chance for those riders off the back to make up ground. But they’ll have to pedal a huge gear as speeds will probably be hitting 70 kph when they power off the corner.

That’s probably too fast to appreciate some of the Downtown’s other historic buildings, like the Trapp + Holbrook, a former department store that has had its facade preserved as part of a modern residential high-rise. Or the Paramount Theatre, one of the oldest surviving movie theatres in British Columbia, although its current incarnation is a little less reputable. It was built in 1903.[/vc_column_text][vc_empty_space height=”20px”][/vc_column][/vc_row][vc_row css_animation=”” row_type=”row” use_row_as_full_screen_section=”no” type=”full_width” angled_section=”no” text_align=”left” background_image_as_pattern=”without_pattern” z_index=””][vc_column][vc_empty_space height=”20px”][vc_row_inner row_type=”row” type=”full_width” text_align=”left” css_animation=””][vc_column_inner][vc_single_image image=”609″ img_size=”full” alignment=”center” qode_css_animation=””][vc_column_text]

The Paramount is one of British Columbia’s oldest surviving movie theatres. But it doesn’t play movies anymore.

As the riders hit the start-finish line, they’ll be right in front of New Westminster’s first skyscraper, the eight-story Westminster Trust building. It was built in 1911-12, originally with six storeys; but two more were added to the design as construction began.

And when the checkered flag drops, the riders who survive to climb the podium will be rewarded with a view across Columbia Street to New Westminster’s newest architectural gem, the gleaming Anvil Centre. When it was completed in 2014, the building became an iconic symbol of New Westminster’s renaissance, the new energy that is revitalizing the Downtown. Already the Anvil Centre is rated as Trip Advisor’s fourth-most important attraction to visit in the city.

The Anvil Centre’s glass and stone podium is an 84,000 square foot civic centre that houses conference and meeting facilities, a 350-seat theatre, art studios, the city’s Museum and Archives, the Canadian Lacrosse Hall of Fame, and the renowned and innovative New Media Gallery.