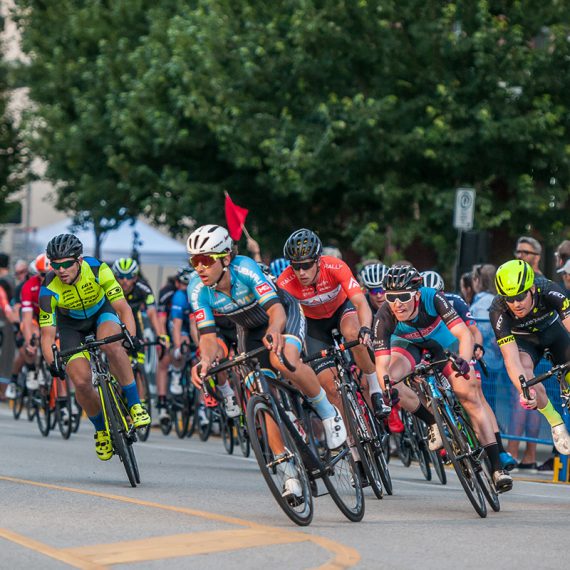 New Westminster, BC – The streets of downtown New Westminster will buzz with excitement when the New West Grand Prix returns on Tuesday, July 9, 2019. This world-class professional cycling event features over 200 international riders racing at high speed, creating a thrilling spectator experience. The New West Grand Prix is part of BC Superweek, one of the most prestigious cycling race series in North America, and takes place July 5-14, 2019 in six cities across Metro Vancouver.

“The New West Grand Prix has proven itself to be one of New Westminster’s signature events. The caliber of this event is outstanding and it is amazing to witness the abilities of elite athletes moving by their own power at up to 70 kilometers an hour,” said Mayor Jonathan X. Coté. “It has all the elements that make it a fun and exciting experience: speed, athleticism, and strategy coupled with activities for the whole family in a great festival atmosphere. And it’s all free! I encourage everyone to come and cheer on the racers on July 9th!”

The New West Grand Prix is a criterium-style race featuring a grueling 935-meter circuit with tight corners and long straightaways. It includes a tough climb up Eighth and Carnarvon Streets and a thrilling, high-speed descent down Sixth Street to Columbia Street. Riders will complete 45-50 laps before sprinting to the finish line at Begbie Street. This unique and challenging course has earned itself the recognition of being the hardest event in the BC Superweek series.

And it’s not just the pro riders who get to show off their talents. Returning for a third year, the New West Kids Prix offers young riders aged 12 and under the chance to race a special course before the pros assemble at the start line at no cost.

The success of the New West Grand Prix is due largely in part to a team of over 130 community volunteers and the generous contributions of sponsors. Together, their support makes New Westminster a premier cycling destination for participants and spectators alike.

“The team at Landcor strongly believes in being a part of the community in which we operate and we are proud to be a Champion sponsor of the New West Grand Prix,” said Jeff Tisdale, Chief Executive Officer at Landcor Data Corporation. “This event is more than just a race to us; we are a part of the excitement that local community members and businesses bring, attracting people from all over. We welcome all competitors and visitors to our beautiful and historic city!”

The 2019 New West Grand Prix is supported by the following sponsors:

For more information on the New West Grand Prix and how to get involved, including volunteer, providing host housing to riders, sponsorship opportunities, and the New West Kids Prix, please visit www.newwestgrandprix.com