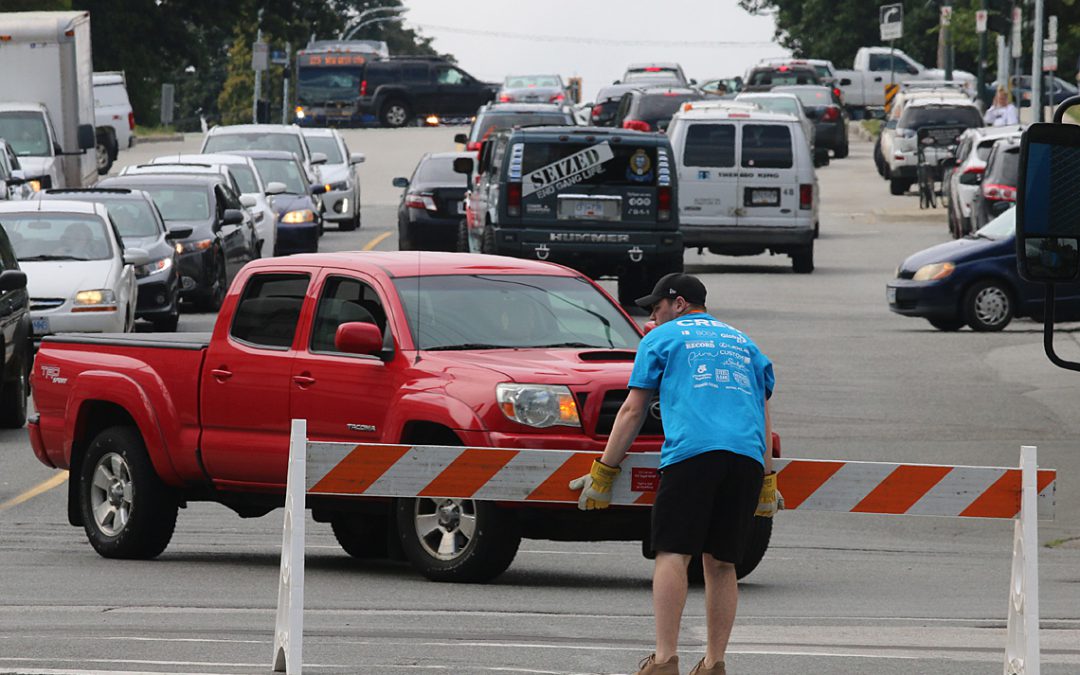 A lifelong involvement in sports like short track speed skating, football and swimming has given Andrea MacIntosh an appreciation for the efforts of volunteers to make them happen.

So when the New Westminster Grand Prix rolled into the city’s downtown two years ago, she didn’t hesitate to sign on to help out. It also didn’t hurt that she also happens to be an avid cyclist and being a part of the event, to be held July 9 this year, gives her a chance to promote the excitement of bike racing in her community.

MacIntosh, who used to race criterium races like the NWGP and now rides recreationally with New Westminster’s Fraser River Fuggitivi cycling club, said getting involved gives her a greater appreciation for the effort it takes to stage such an event, and a better understanding when things don’t always go as planned.

“Events like these don’t go off smoothly without lots of help, and lots of planning,” she said.

In fact, this year’s race will require more than 160 volunteers to do everything from erect fences, guide spectators, staff crossings and check in riders.

MacIntosh was a team leader for the crew installing signage around the course, including the overheard arch that comprises the start/finish line, sponsors’ banners and wayfinding signage to guide spectators. And while she’ll have to dial back her commitment a bit at this year’s race as she ushers in a new business venture with her partner, she said the adrenaline rush and sense of satisfaction from solving problems and doing a job well won’t be diminished.

“Problems need solving, and time is of the essence in these cases,” MacIntosh said, adding writing her name in big block letters on her shirt last year helped make her a particular facilitator for helping solve those problems.

And, she said, come race day, no effort is too small.

“Only have two hours to spare?” MacIntosh said. “No problem, we have a job for you.”

The payoff will be a front row spot to view some of the best and fastest professional bike racers in North America whizzing by only inches away from the curb, as well as an appreciation dinner and t-shirt.

“Many big one-day events like the NWGP have a lot of moving parts,” MacIntosh said. “Many hands make for light work.”

Be a part of this team and volunteer for the New West Grand Prix. There’s something for all ages and abilities!