Hosts Gets Invested in Cyclists 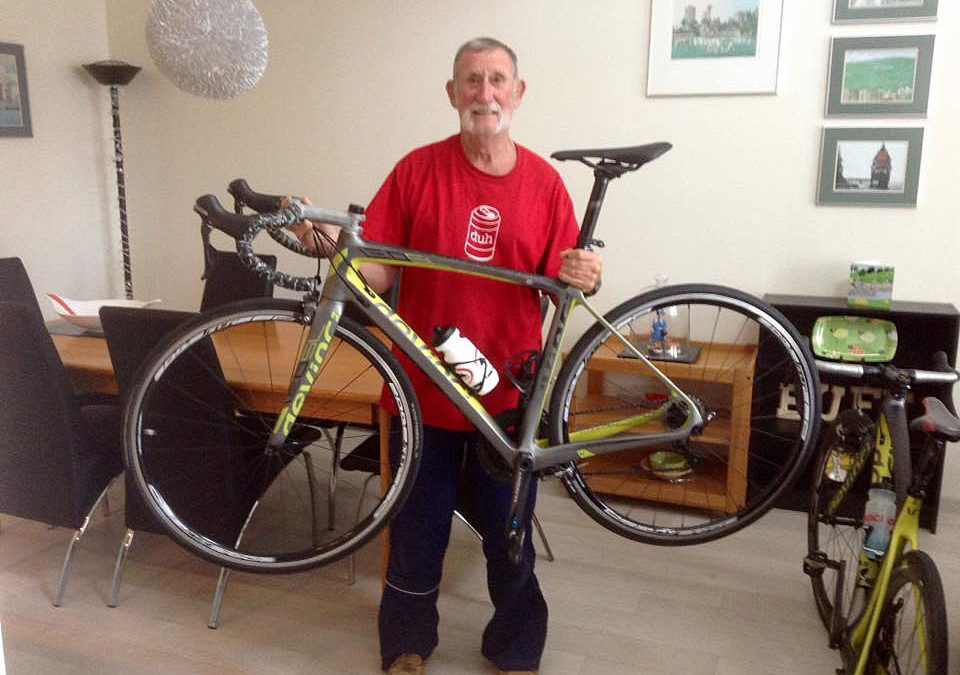 If Cathy and Don Buffham are a little more on edge than other spectators watching racers speed around the New Westminster Grand Prix’ downtown circuit on July 9, they’ll have good reason.

This will be the third season the Buffhams have hosted cyclists in their home who are in the Lower Mainland for the BC Superweek series of pro bike races, of which the NWGP is the newest event.

Cathy Buffham said while it was fun getting to know the two cyclists from Quebec who are part of the Probaclac Devinci team and who stayed with them last year, it “made it more frightening to watch them race.”

While some racers at cycling’s top level, who compete in European events like Tour de France or Giro d’Italia, can earn six and seven-figure salaries, plying their trade for international teams with budgets in the tens of millions of dollars, North American pros eke out a more hardscrabble existence. They carpool from race to race rather than travel in luxurious buses, and when they get to their destination, they rely on billet accommodations in local homes rather than rooms in comfortable hotels.

The Buffhams, longtime volunteers in the local sport community, said they’re only too glad to open their doors, and provide the visiting cyclists with a spare set of keys, of course.

Cathy Buffham said the latter makes it easier as the cyclists’ training and racing regime can vary.

“Don’t wait up for them,” Buffham said. “They sometimes arrive home late and sleep in.”

Buffham said the cyclists are easy houseguests. She just cleared some space in the closet of their guest room, and made fresh towels available in the bathroom.

Buffham said while host homes aren’t required to feed the cyclists, she put out some breakfast items to help them start their day, and when she cooked she made sure to make some extra so they could fuel up after a day or evening on the bike. She also made sure to stock her pantry with extra snacks and cookies.

“They never have to worry about putting on weight,” she said. “They could eat for Canada.”

Prior to the cyclists’ arrival, Buffham said she was contacted by the team’s manager to let them know when they would arrive. Their bikes were stored in the living room to keep them safe.

By the time the cyclists were ready to head to the next race on their barnstorming calendar that can take them to the four corners of North America in a season, Buffham said she’d made friends whom she still follows on Facebook.

“We thoroughly enjoyed meeting all the cyclists,” she said. “If you are thinking of becoming a host, I would definitely recommend it.”

If you’d like to heed Cathy Buffham’s advice and host one or more riders for part or all of BC Superweek, check out our page for more info and to sign up!