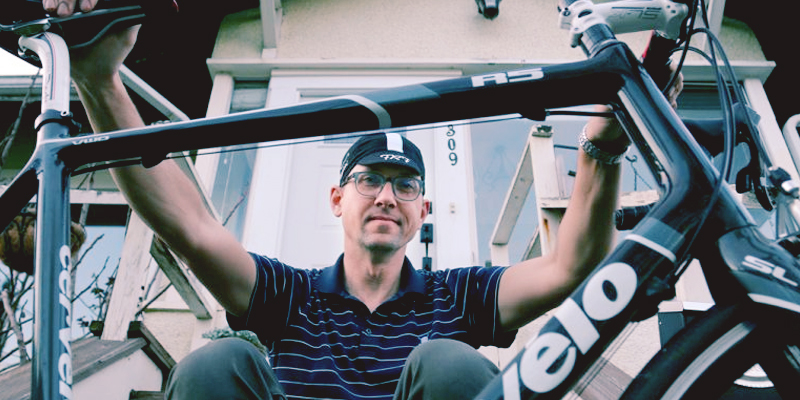 Ross Arbo and his family paid special attention to last year’s Paralympic Games in Rio de Janeiro. That’s because one of the cyclists competing as a sighted guide for blind riders had stayed in their New Westminster home during the 2016 BC Superweek. They’d chatted over the breakfast table, cheered for her at a couple of the races, hosted a farewell barbeque when the New Zealand cyclist and her riding partner finished their week of competition and prepared to barnstorm to their next race.

In fact, Arbo was so enamoured by the experience, he’s the volunteer host housing coordinator for this year’s inaugural New West Grand Prix.

Arbo says having two professional cyclists live in their home for a week was a real eye-opener. “It’s not a glamorous life.”

Far from it. While professional baseball or hockey players might lament the hardships bought with a $10 million contract, pro cyclists competing in North America chase $100 prizes for winning “prime” laps. In fact, the $120,000 total purse money for BC Superweek’s slate of nine races makes it one of the richest multi-day events on the continent. That’s tip money for the likes of LeBron James.

So saving dollars and minimising expenses is never far from cyclists’ thoughts.

The host housing program helps ease that stress so the riders can concentrate on training and competing while they’re in the Lower Mainland.

Arbo says it’s a win-win for the cyclists and the host households.

“I try to put myself in their shoes,” says Arbo, who had previously hosted one other rider but for only one night. “They’re looking for some sort of interaction and they’re probably sick of talking to other cyclists all the time.”

Arbo says the pair of women from New Zealand rolled into town in a rental car at the beginning of Superweek, unloaded their gear, settled into a spare room, spent some time getting to know their hosts, then went about their routines. They bought their own groceries, cooked their own meals, went on training rides, left early and returned late on race days, did a little sightseeing.

“Just like when you’re a tourist, it’s nice to be able to settle down for a week,” says Arbo.

The experience was also nice for the Arbo’s son, Kale. He chatted at length with the cyclists, asked them about their equipment. “It’s nice to have someone unusual in the house,” says Arbo.

And when the Paralympic cycling events were on TV, he was right there with the rest of the family in front of the set, cheering on the one competitor they knew.

You can find out more about becoming a Host House by emailing NWGrandPrixHosthousing@newwestcity.ca While BC Superweek organisers prefer placing riders for the duration of the event, even a shorter stay helps defray the racers’ costs.