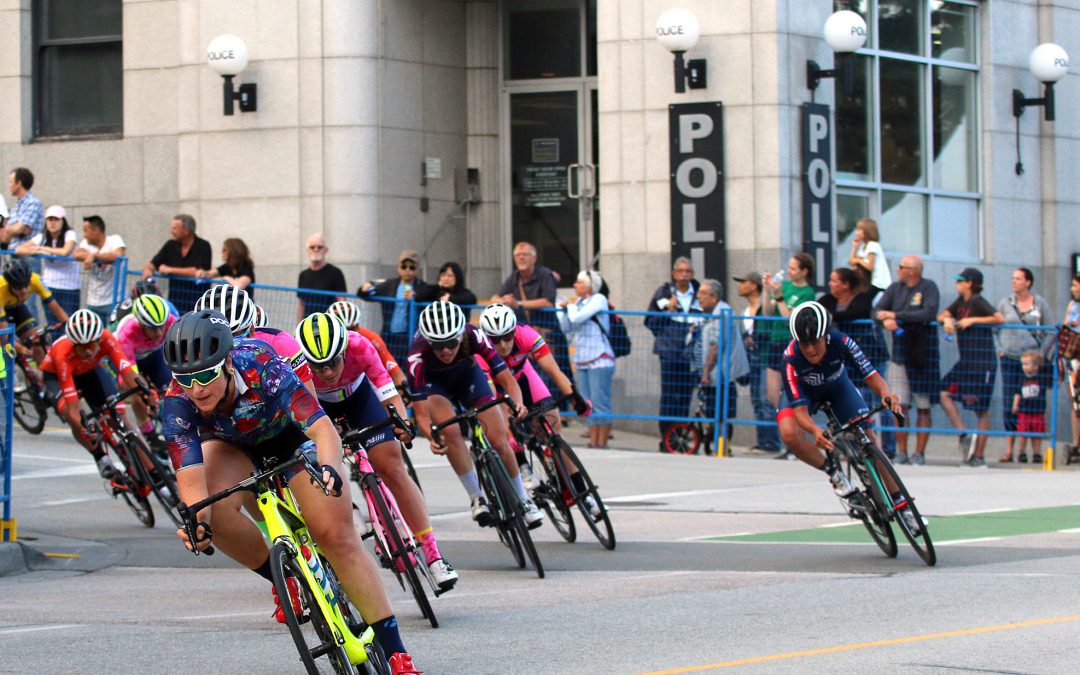 On race day you may hear or see volunteers seeking cash donations from the crowd. What they are collecting for is called a Crowd Prime (pronounced ‘preem’). This is an exciting part of criterium racing where certain laps of the 45-60 laps are designated as “primes” where the winner of that particular lap is awarded a cash prize that is made up of money collected from the spectators. Often the prizes total upwards of $1000 per prime, collected in small cash donations throughout the race.

There is some interesting strategy at play with primes; riders believing they have a shot to win just one lap rather than the whole race may check their energy levels until they hear the bell signalling the prime and then go all-out to win the cash prize, whereas others may focus on the longer game of winning the whole race either as an individual or as a team and ignore the primes. Others may decide based on when the prime happens in the race based on their personal athleticism and preferences.

The prize from the primes are given directly to the riders, in cash, and for a sport where the costs associated with participating are much, much higher than what most cyclists will recover, these primes can make a big difference to helping racers pursue their professional riding dreams. While an individual rider may win the prime, they often share it with their teammates, which is why some may sacrifice winning the race in order to win the prime.

The ‘Crowd Prime’ typically happens near that end of the race, because the volunteers will be out and about seeking donations throughout much of the race before it is totaled up and offered to the field.

So if you see our friendly volunteers (designated in their bright blue shirts and volunteer badges) asking for your cash donations, know that they are supporting the professional athletes entertaining you on the course! Don’t forget to bring coins or bills if you’d like to contribute!