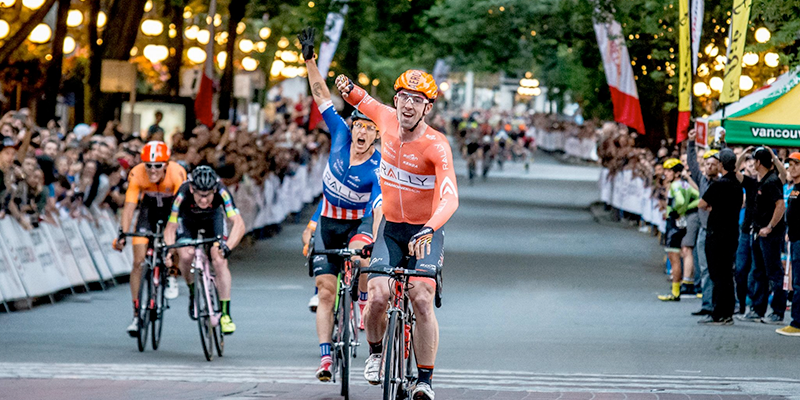 “It’s an exciting time in cycling as the series continues to grow every year. With the inclusion of another new city partner, BC Superweek this year is the biggest in its history and will continue to be a focal point on the race calendar for all the best professional teams in North America to attend,” said BC Superweek Race Director Mark Ernsting.

BC Superweek features seven criteriums and two road races, two of which are UCI-sanctioned for both men and women. More than $135,000 in prize money and crowd primes are on the line for the week, with crowds of more than 20,000 expected for the 44th anniversary of the Global Relay Gastown Grand Prix on July 12th. This year also represents the 10th anniversary of the Giro di Burnaby and inaugural edition of the New West Grand Prix.

For the fourth straight year, BC Superweek offers equal prize money to both the men’s and women’s finishers at all nine of the races, making the series one of the most lucrative professional road cycling events in North America.

“BC Superweek brings together the highest caliber of racers in North America,” said Coquitlam, BC rider Sara Bergen, who is a member of the Rally Cycling Team and finished second at last year’s White Spot | Delta Road Race. “It’s fast, aggressive and massively entertaining for both athletes and spectators – an absolute must on any racer’s calendar.”

Bergen was inspired to race by competing at the events that make up BC Superweek. It was where she first gained exposure to the highest level of racing on the continent.

“BC Superweek has always been a great way to test yourself as a cyclist, no matter what your goals are. It always attracts a very high level of riders,” said veteran cyclist Ryan Anderson. “Personally, I would love to see the youth series continue to grow this year!”

A resident of North Vancouver, BC, this is Anderson’s ninth season on the professional cycling circuit and second with the Direct Energie Pro Cycling Team. The 29-year-old had three top-10 appearances in 2016. Since 2009, Anderson has 23 top-five finishes at BC Superweek races, 14 of which are top-two finishes.