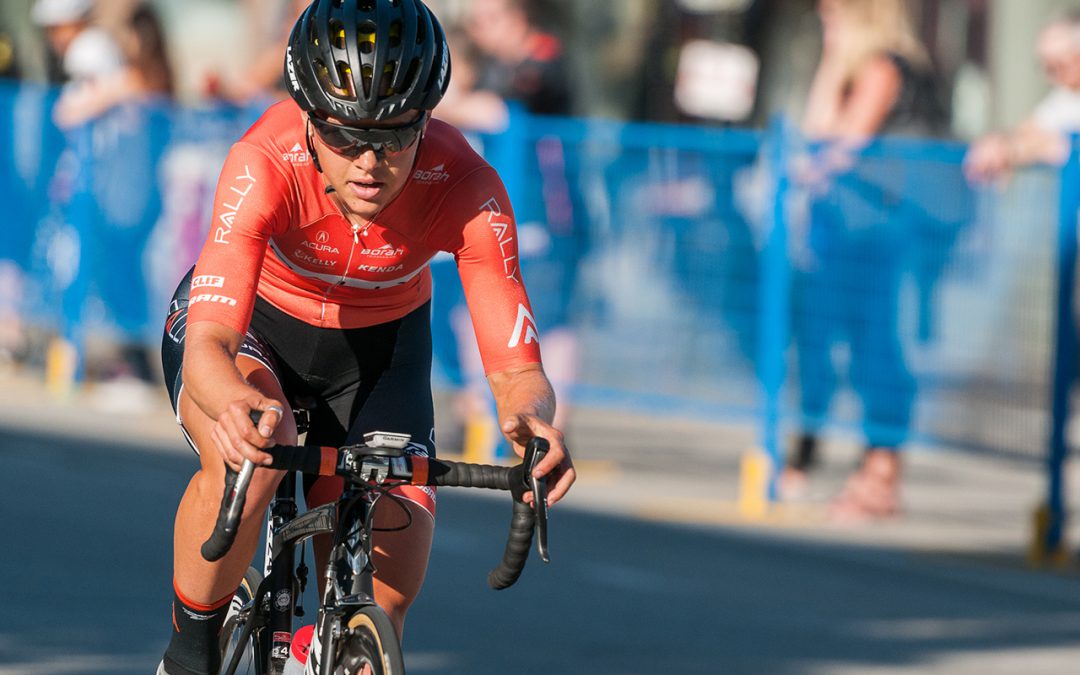 With more than $140,000 in prize money on the line and some of the top Canadian cyclists and professional American teams registered to participate, the racing is fast-paced and exciting from start to finish. Below is a list of some of the top riders attending BC Superweek, though history has shown to never count out top local riders. Many of them now on this list are returning pros after catching the eye of team directors at past races.

Clancy and his Novo Nordisk teammates are unique in that the entire team is made up of cyclists with Type 1 diabetes. One of the major goals of the team is to show that being diagnosed with diabetes doesn’t need to profoundly impact someone’s life. The 25-year-old from Limerick, Ireland’s best career result was fourth place in Stage 3 of the Tour of China I in 2015. He also finished seventh in the Irish National Championship Road Race in 2015.

Dahlheim’s parents told him he had to choose either bike racing or college. He chose bike racing and it looks like it was a pretty good decision. The 30-year-old Texan has three top-5 finishes so far in 2018, including a second place at the Spartanburg Regional Healthcare System Criterium in April. He also won the Sprint Classification at the 2016 Cascade Cycling Classic and the 2015 Tour of Sommerville, which is the oldest competitive bicycle race in the United States.

A familiar face at BC Superweek over the years, Fisher took top spot at the Tour de White Rock Peace Arch News Road Race last year. He also had first place finishes in the general classification and points classification at the Grand Prix Cycliste de Saguenay in 2017. He won the White Spot | Delta Road Race in 2012 and 2013 and finished third in 2016. The 28-year-old from Bellingham, Washington sees BC Superweek as almost a hometown series as he has made the trip north for several years. Fisher is also an avid cyclocross rider.

No stranger to BC Superweek, it is a common sight to see Knauer atop the podium during the series. He had six top-10 finishes in 2017, 2016 and 2014 at BC Superweek events, along with five top-10 appearances in 2013 and 2015. He finished first at the inaugural New West Grand Prix and Tour de White Rock Choices Markets Criterium last year to go along with a second-place finish at the PoCo Grand Prix. The 29-year-old also won the Tour de White Rock omnium (total points) from 2012 to 2014 and finished second in the omnium in 2015, 2016, and last year, earning him the nickname of “Mr. Tour de White Rock”.

2018 is the first year Valade has raced with a North American pro team after being with six different teams from France, Japan, and China. A native of France, the 27-year-old spent part of 2017 with the Qinghai Tianyoude Cycling Team. Career results include a first place finish in the G.P.Saint-Martin-de-Seignanx in 2013 and a win in Stage 1 Yamaguchi, Japan in 2016. Last year, he was in the top-10 of 20 events, including top-5 finishes at the Grand Prix de Monpazier, the Guégonnaises Boucles, the Critérium de Terrebourg.

Young is an eight-year pro who won the US National Criterium Championships in both 2011 and 2013. The Boulder, Colorado resident is the defending back-to-back champion at the Global Relay Gastown Grand Prix and had top-10 finishes at the race in 2013 and 2014. This year, he looks to join Ron Hayman, Gina Grain and Verna Buhler as the only cyclists to win the prestigious race three times. The 29-year-old is a three-time stage winner at the Grand Prix Cycliste Saguenay and a four-time stage winner at the Tour of the Gila, including two wins last year.

Bergen finished third at last month’s Canadian National Championship Road Race as well as at the Grand Prix Cycliste de Gatineau. She has ten top-10 finishes this year, including four podiums at the Joe Martin Stage Race in Fayetteville, Arkansas earlier this spring. The BC Institute of Technology grad from Coquitlam, BC had four top-10 finishes at BC Superweek in 2017, including second at the Global Relay Gastown Grand Prix, fifth at the MK Delta Lands Criterium, eighth at the White Spot | Delta Road Race and tenth at the Giro di Burnaby.

Coles-Lyster is a rising star in Canadian cycling. The 19-year-old from Maple Ridge, BC has been racing against the pros at BC Superweek since she was 15, and last year served notice that she is a force to be reckoned with. Among her top-10 finishes at BC Superweek in 2017, Coles-Lyster was second in the PoCo Grand Prix, fourth at the Choices Markets Criterium, and fifth at the Peace Arch News Road Race and Giro di Burnaby. A candidate for Canada’s 2020 Olympic team, she won the women’s points race at the 2017 UCI Track Cycling World Championships.

Don’t let van Gilder’s age fool you, the cycling veteran can give riders half her age a run for their money. The 53-year-old has close to 400 career first-place finishes. An owner of two degrees from the East Stroudsburg University of Pennsylvania in hospitality and hotel management, van Gilder turned pro in 1992. She represented the USA at the 2002 and 2005 UCI Road World Championships and is active in both cyclocross and mountain biking in addition to road racing. The Pocono Pines, Pennsylvania native has raced BC Superweek several times over the years and won the Giro di Burnaby in 2012.

Jackson is coming off fourth place in the Road Race and a fifth-place finish in the Individual Time Trial at the Canadian National Championships last month. A multisport athlete who is also adept in cross-country running, Jackson was the 2015 Canadian National Criterium Champion. The Vermillion, Alberta native didn’t race BC Superweek last year, but finished in the top-10 at every single race in the series in 2016. Among those results was second at the Tour de White Rock Choices Markets Criterium and Peace Arch News Road Race. She also won the Tour de White Rock overall omnium that year.

Lay is a former speed skater who retired at 24 due to an injury. She started cycling and turned pro in 2014. The 30-year-old has represented Canada numerous times, winning five medals in team pursuit, including gold at the 2015 Pan-Am Games, silver at the 2016 World Championships and 2015 Pan-Am Championships, and bronze at the 2016 Rio Olympics and 2015 World Championships. The Montreal resident also won the Queen of the Mountain title at the 2015 Tour of California and was second at last year’s Canadian road championships. She was the winner of the inaugural New West Grand Prix in 2017.

Ryan has momentum coming into BC Superweek, as she won the first stage of the Amgen Tour of California in May. The 25-year-old was born into a family of cyclists and began racing BMX at 6-years-old. She won the 2017 White Spot | Delta Road Race and was dominant in the middle races of BC Superweek last year. In addition to winning the White Spot | Delta Road Race, she was first at the Global Relay Gastown Grand Prix and the PoCo Grand Prix. Ryan also finished third at the Grand Prix Cycliste de Gatineau last year. She turned pro in 2011 and is a three-time US national champion – including 2015 US National Criterium Champion.[/vc_column_text][vc_empty_space height=”35px”][vc_separator type=”normal” color=”#2a2a2a” thickness=”2″][vc_empty_space height=”30px”][vc_column_text css=”.vc_custom_1521228572924{padding-top: 10px !important;}”]